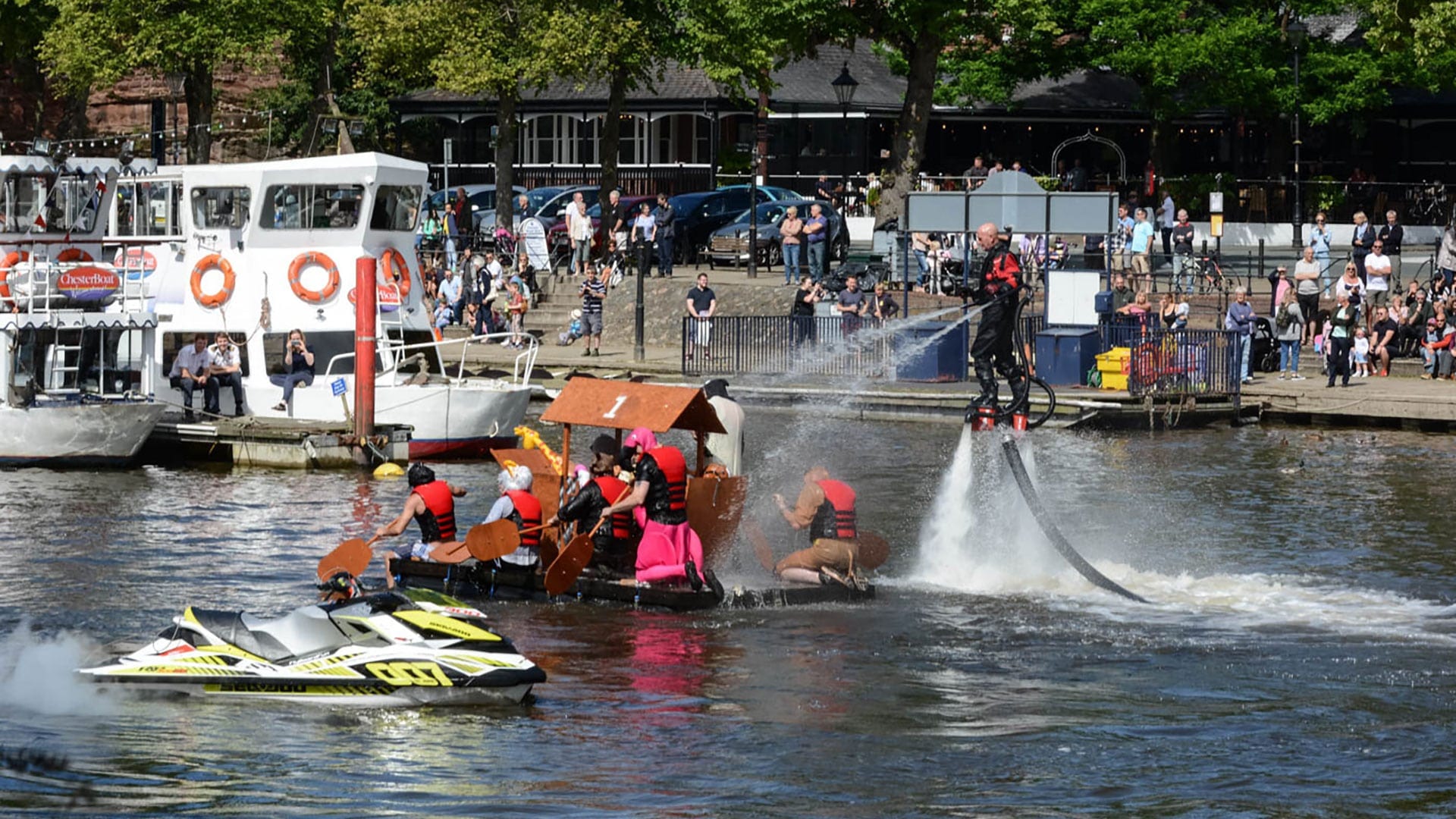 In the 1970s a Chester River Pageant was started which included a race between rafts constructed by participants. The Raft Race part of the Pageant was organised by Dennis Dixon Bate who joined the Club in 1976 and suggested that it could continue as a Rotary project. This the Club accepted and the first Rotary Raft Race took place on the Dee on 19 July, 1980 in conjunction with Chester Sea Scouts. Fifty rafts took part and the event raised £700 (over £3000 in 2020) which was divided equally between the Sea Scouts and Cheshire Boys Clubs. The Raft Race quickly became a main fundraiser for the Club and has between held every year since with a few exceptions for reasons beyond the control of the Club.

From it’s inception until 2019 the race was organised by the Rotary Club of Chester.  From 2022, responsibility passed to Chester Grosvenor Round Table.

From 1990, our records of the winning team each year are as follows: